The Lagos State government has absolved all indicted parties in the death of 12-year-old Sylvester Oromoni (Jnr) of blame.

It said the autopsy report did not find any harmful and toxic substance in his body.

Politics Too Important To Be Left For Politicians Alone — Sultan

The state ruled out murder.

Five pupils and five employees of Dowen College, Ikoyi, were accused of complicity in Sylvester’s death.

The state cleared them, as well as the school.

It followed the Legal Advice of the Director of Public Prosecution (DPP) Ms. Adetutu Oshinusi.

The state also cleared the minors of belonging to unlawful society due to insufficient facts to establish the offence.

The legal advice was addressed to the Deputy Commissioner of Police, State Criminal Investigation Department (SCID) and the Magistrate, Olatunbosun Adeola.

It states that the interim and final toxicology reports of post-mortem samples by the Lagos State University Teaching Hospital (LUTH) and the Central Hospital, Warri, Delta State, were in agreement as to the cause of death.

The cause includes septicaemia, lobar pneumonia with acute pyelonephritis, pyomyositis of the right ankle and acute bacterial pneumonia due to severe sepsis.

Septicaemia is when bacteria enter the bloodstream.

Acute pyelonephritis is a sudden and severe kidney infection.

Pyomyositis is a rare bacterial infection of the skeletal muscle.

Sepsis is a life-threatening complication of an infection and occurs when chemicals released in the bloodstream to fight an infection trigger inflammation throughout the body.

The legal advice added that the result of the toxicology is also not indicative of any toxic or poisonous substance in the body of the deceased as claimed by the family.

“The DPP’s legal advice, therefore, concluded that based on these findings, there is no prima facie case of murder, involuntary manslaughter and or malicious administering of poison with intent to harm against the five students – Favour Benjamin (16), Micheal Kashamu (15), Edward Begue (16), Ansel Temile (14) and Kenneth Inyang (15).

“From available facts in the duplicate case file, the investigation carried out by the police did not reveal that any secret society name, tattoo or insignia of any unlawful society was found in the possession of any of the suspects during the investigation.

“To hold otherwise would amount to sniffing for an offence and a speculative act which is not permitted in law.

“It is trite law that suspicion, no matter how grave, cannot be a ground for conviction,” the advice reads.

Read the full statement below 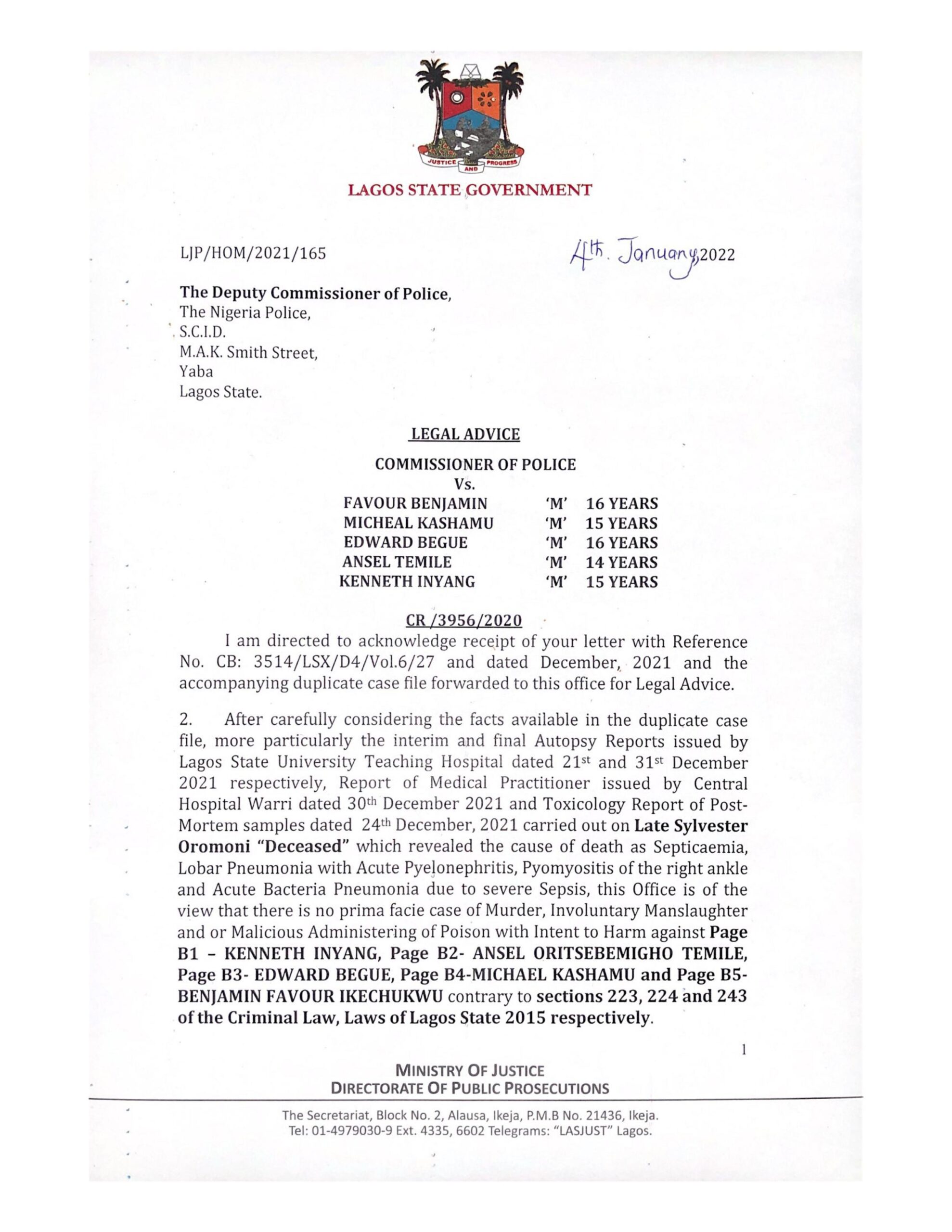 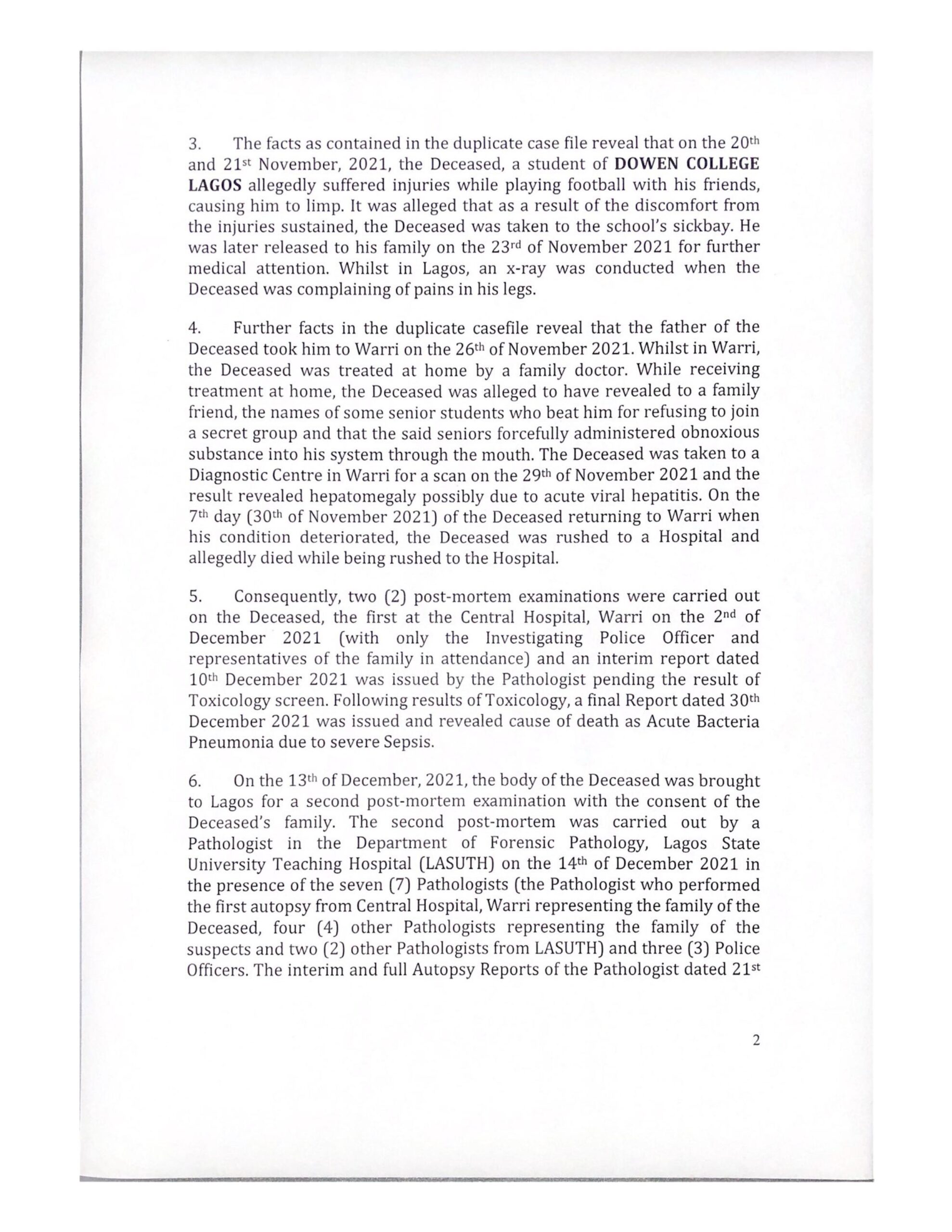 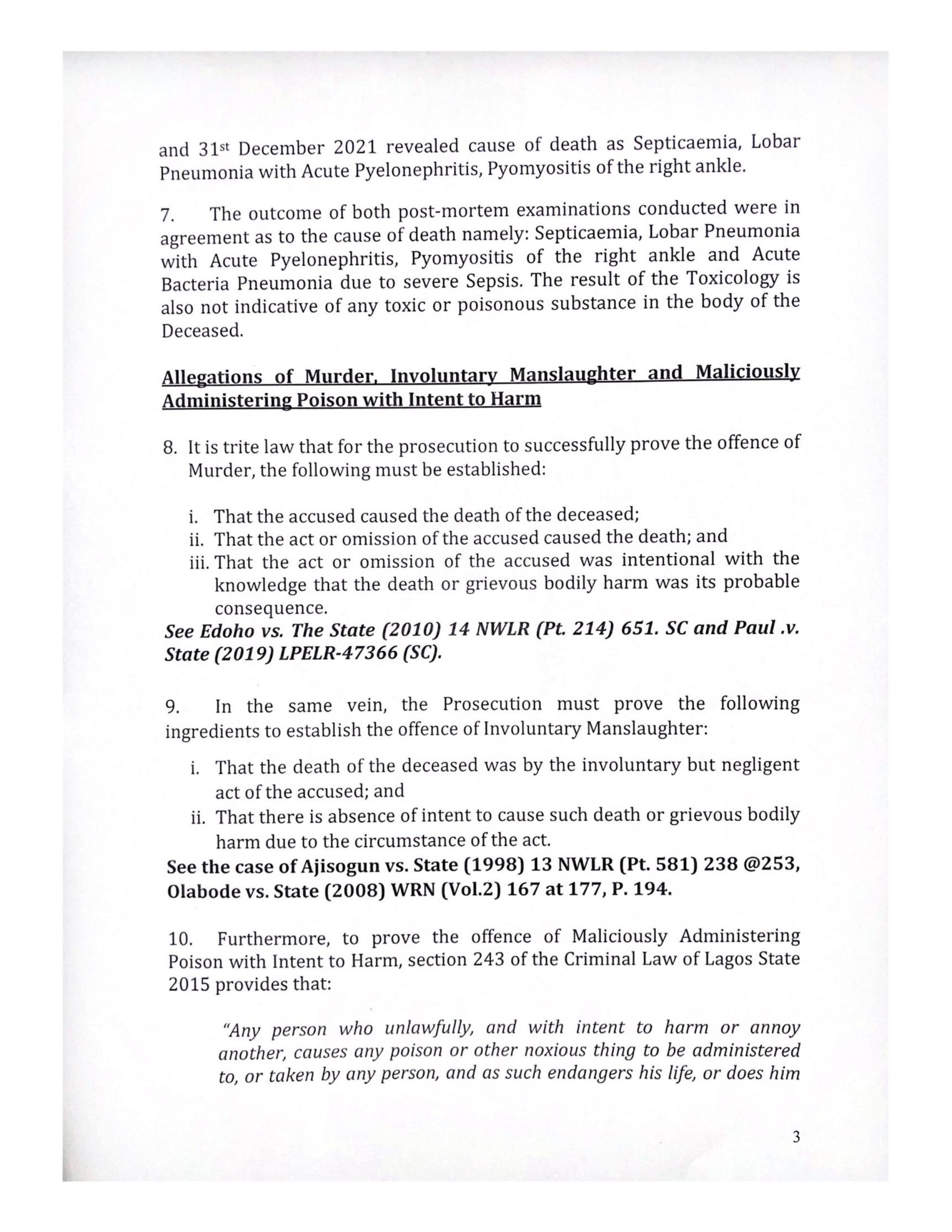 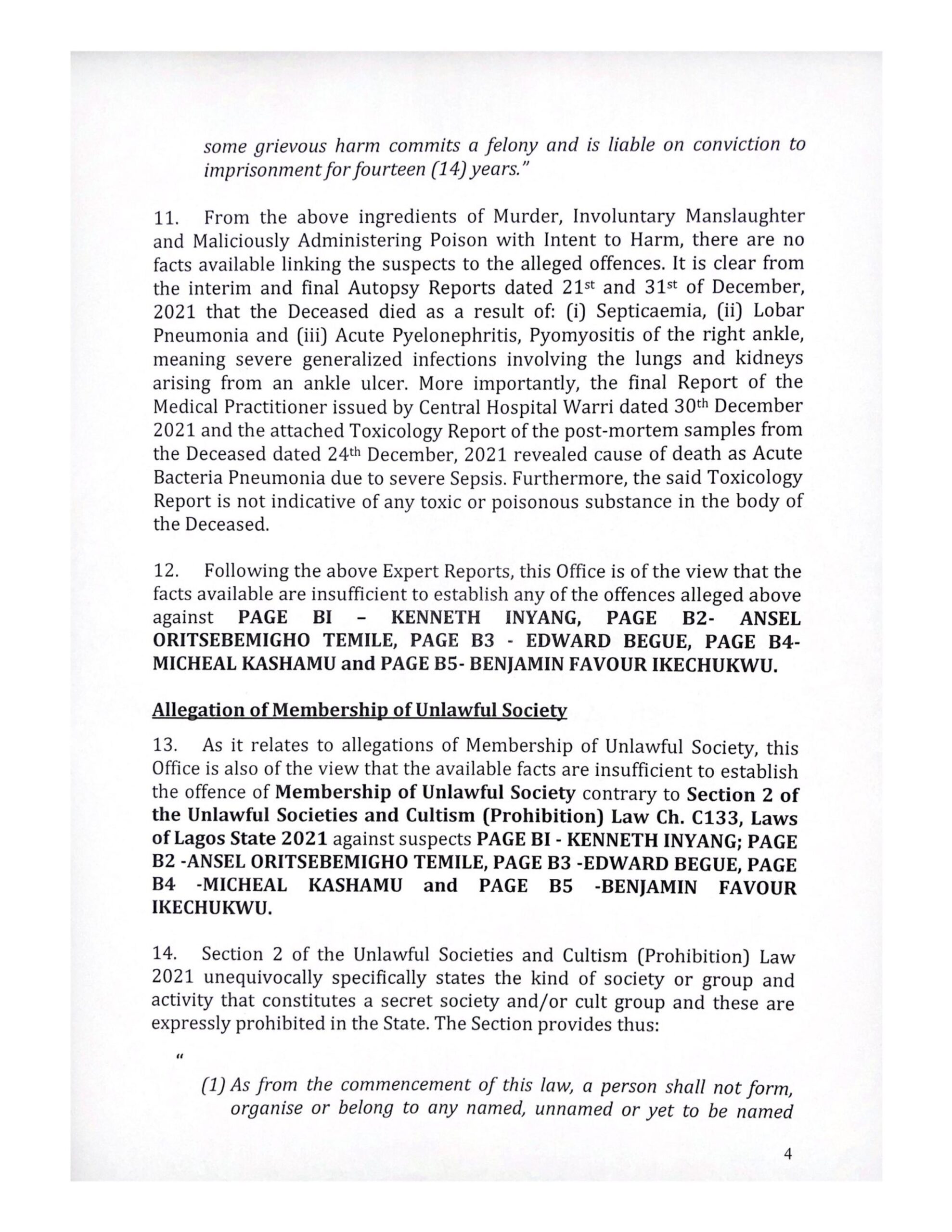 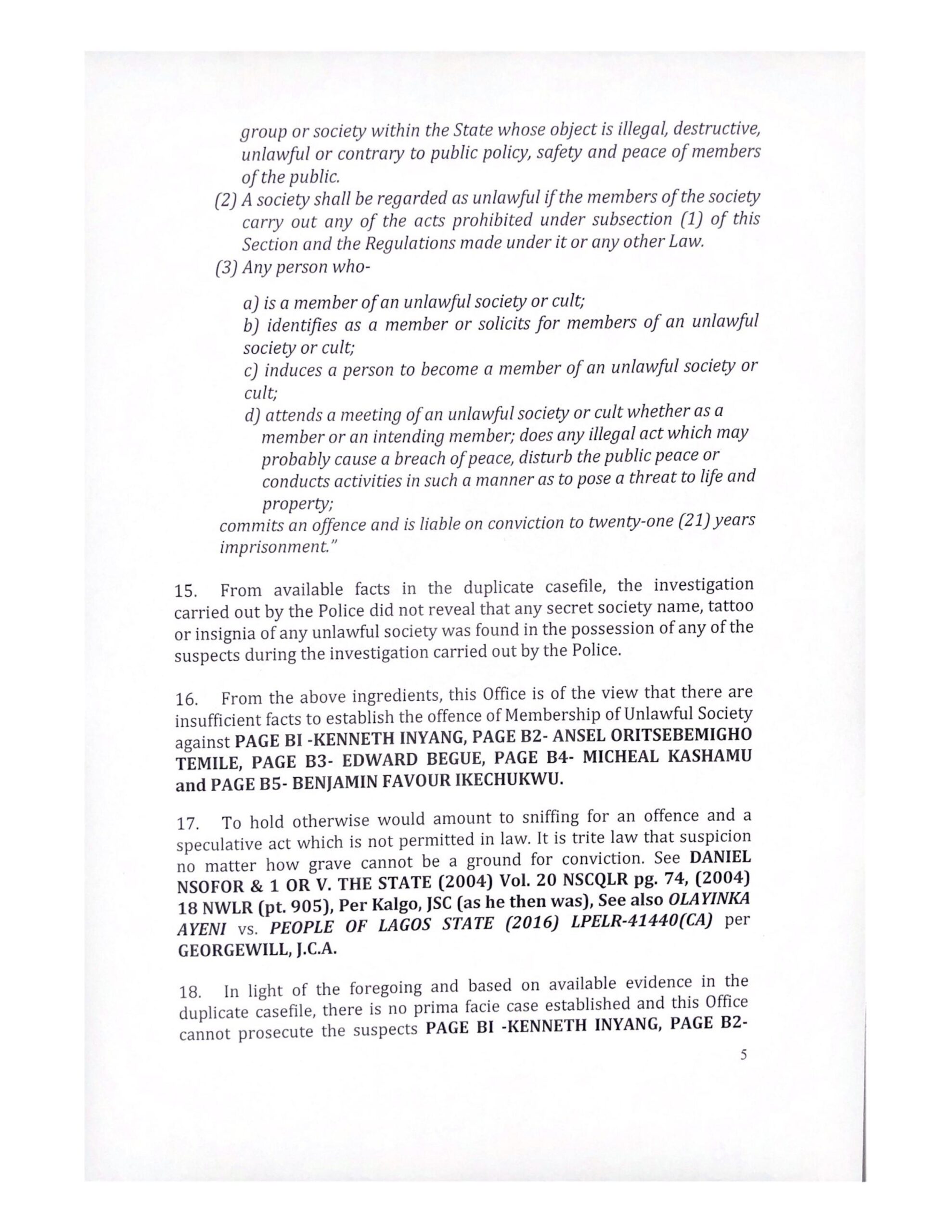 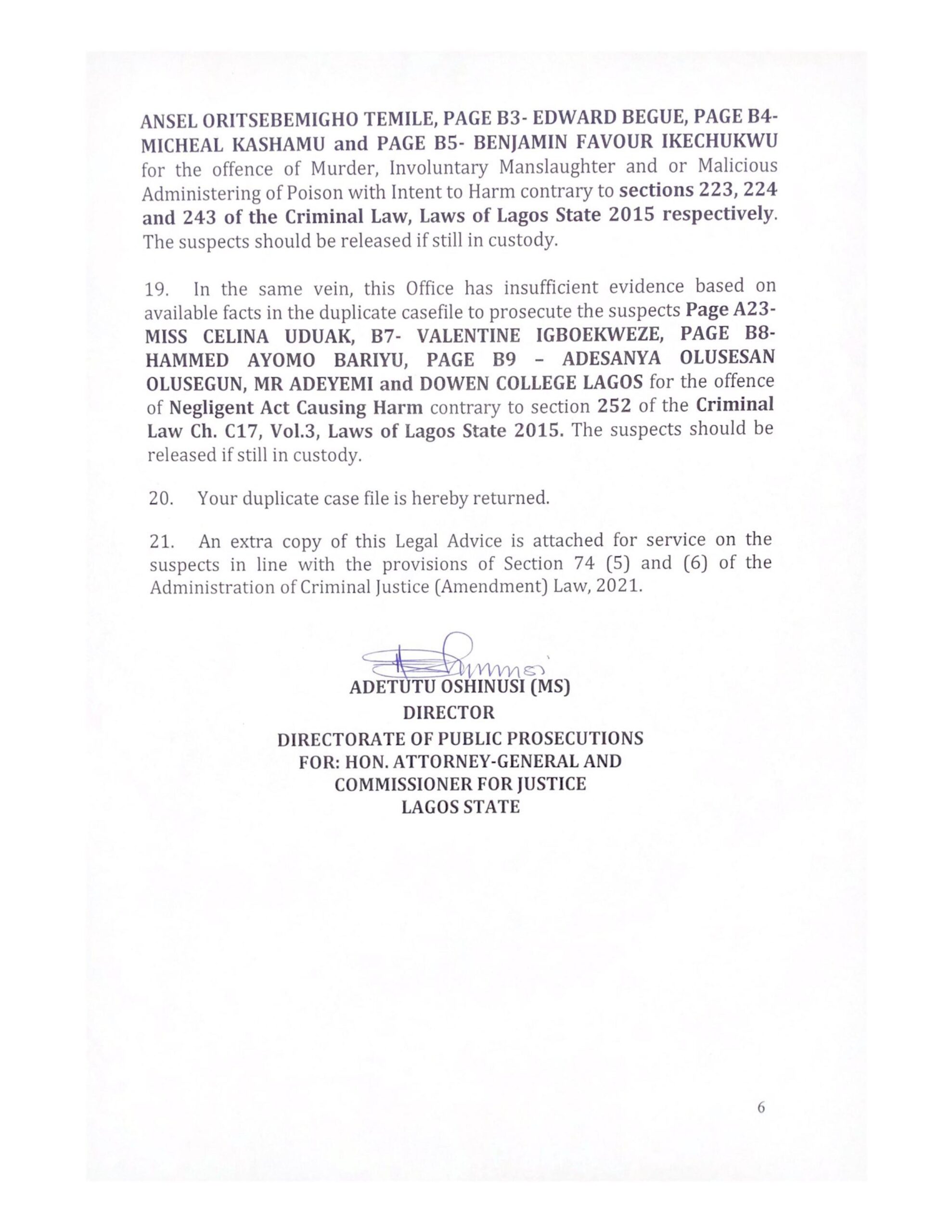 Politics Too Important To Be Left For Politicians Alone — Sultan